Due to the public holiday German Unification Day, the DENIC head office in Frankfurt is closed on Monday, 3 October 2022. Of course, the 24/7service will be on duty and can be reached in case of an emergency.

On Tuesday, 4 October 2022, we are available again during regular business hours.

DENIC General Assembly: Changes to the Supervisory Board

At the ordinary General Assembly held today in Frankfurt am Main, Germany, the members of DENIC eG, the managing organisation and central registry of all domains under the top level domain .de, decided on the composition of the Cooperative's bodies through 2025. The elections of the members to the Supervisory Board and the honorary members to the Executive Board, which are executed every three years in accordance with DENIC's Statutes, led to three changes in the Cooperative's management bodies.

The Supervisory Board has three new members: Stephan Hageleit (INWX GmbH), Marco Hoffmann (InterNetX GmbH) and Christian Müller (Cronon GmbH). With Oliver Elste (Smart-NIC GmbH) and Daniel Rink (Profihost AG), two further members were re-elected for another period in office. In the constituent meeting held immediately after the General Assembly, Daniel Rink was appointed chair of the Supervisory Board. He has been a member to the Board since 2016. 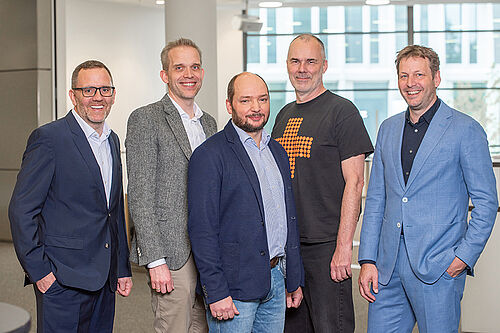 Also re-elected and confirmed in office were the honorary members of the Executive Board Martin Küchenthal (LEMARIT GmbH) and Sebastian Röthler (info.at Internet GmbH).

"Co-determination and participation as equal partners, regardless of the size of a member company, are fundamental values of our Cooperative. The outcome of the elections shows once again that these values are lived practice at DENIC and that our members bring in great personal commitment. The result also stands for a healthy mixture of continuity and further development, the two factors that form the basis for the success of the German country code .de," says Tom Keller, member of the DENIC Executive Board. "A path we will continue to pursue together in the future." 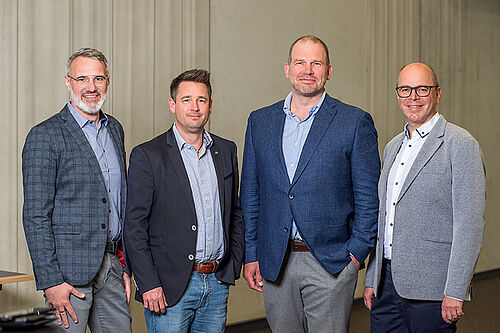